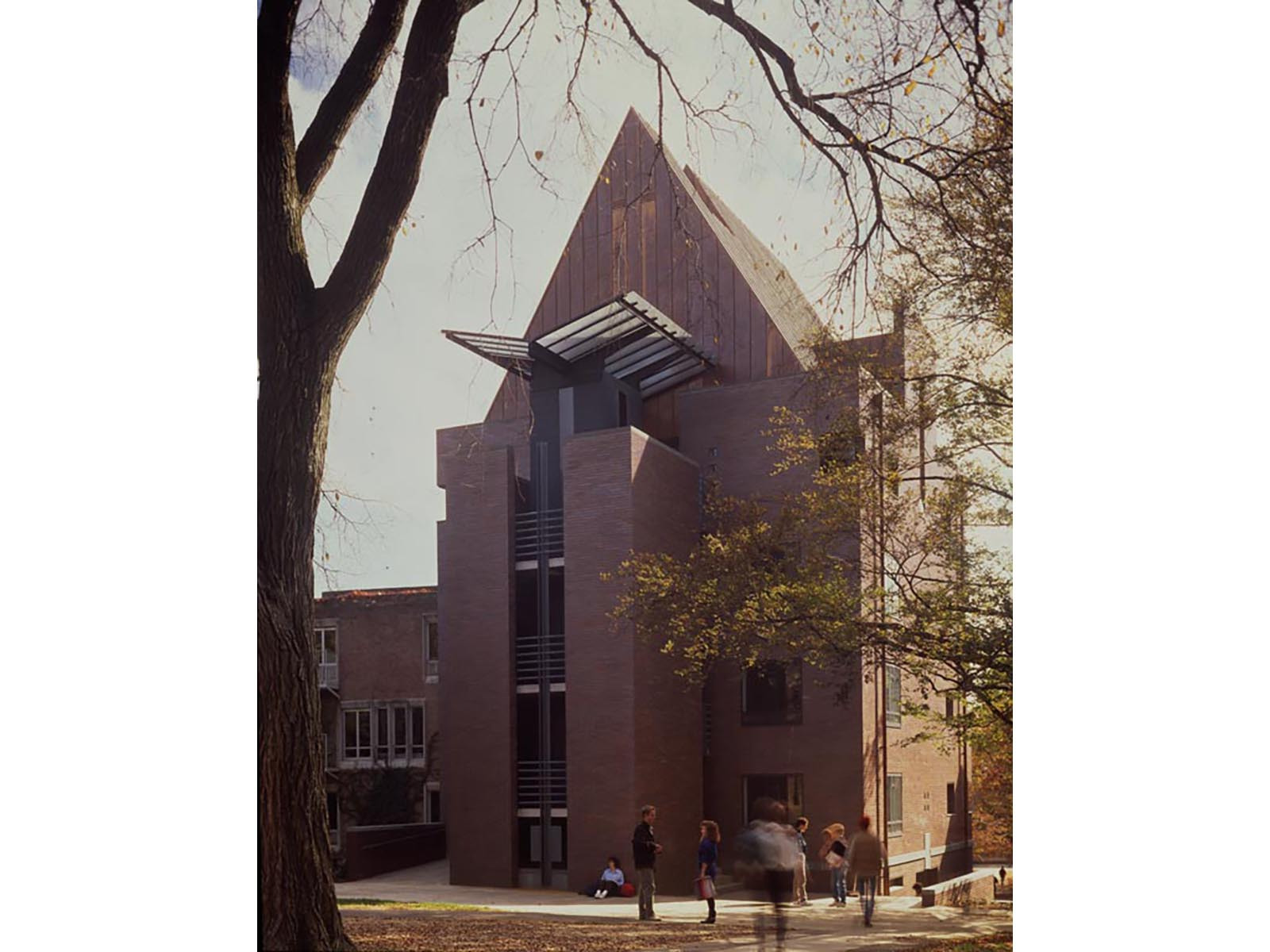 Feinberg Hall is a small brick tower housing forty students at Princeton University. Three possible sites were proposed by the school prior to construction. After evaluating environmental, mechanical, traffic, and planning issues of each, we chose a site that was near the center of campus rather than its periphery. Our desire was to create a close-knit community and more pedestrian urban fabric.

Though the original project called for an addition to a built structure, a re-examination of the program revealed that a free-standing building would allow continuous habitation of the existing dormitory. A new structure would mark the establishment of a new residential college and quadrangle. Sited between a 1950s building and a neo-Gothic dormitory built in the 1920s, Feinberg Hall knits together disparate styles to make a unified whole with a distinct sense of portal and enclosure.