The Goel Center for Theater and Dance 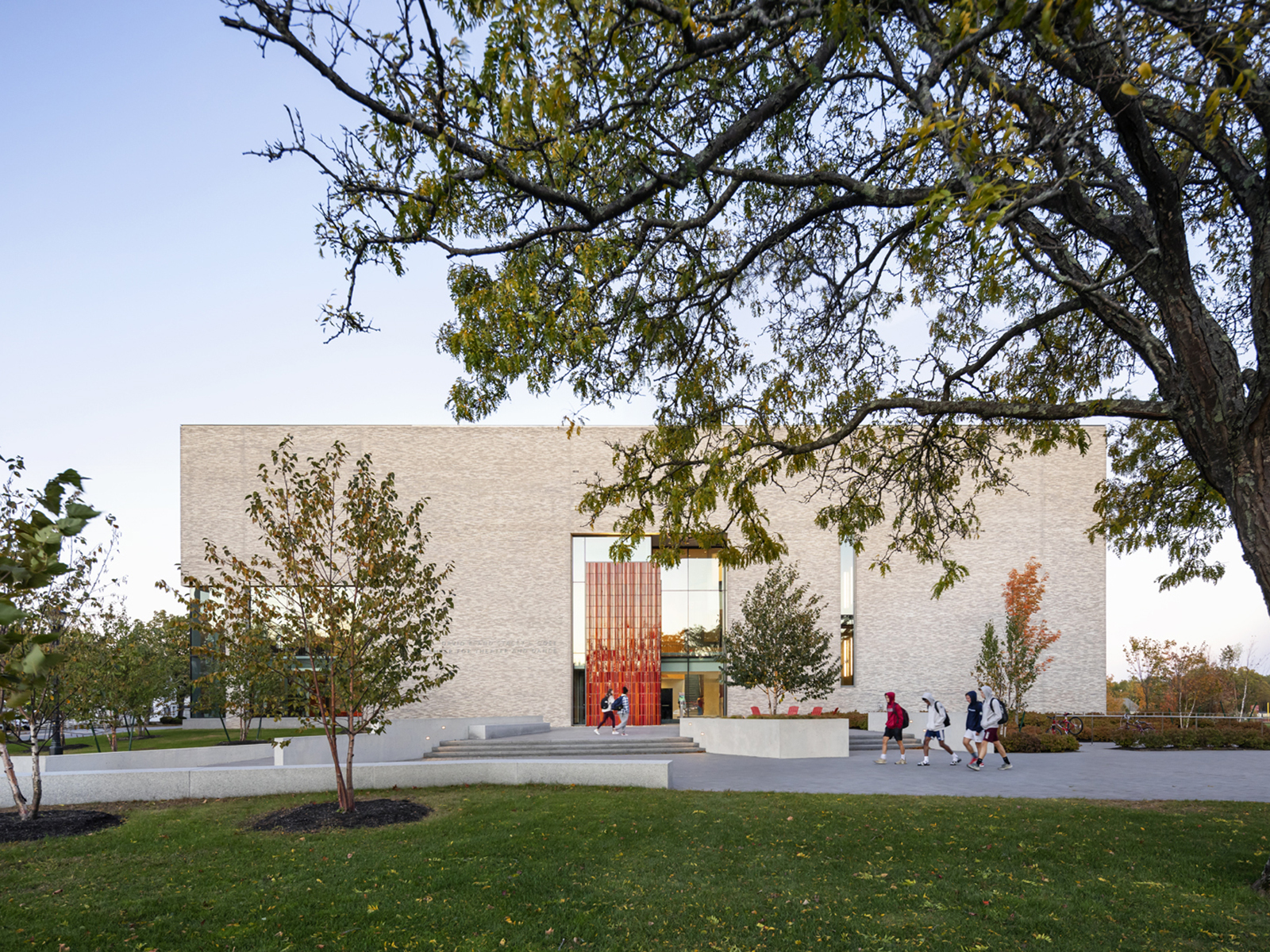 The Phillips Exeter Academy selected us to design its new Center for Theater and Dance, an effort intended to enhance and expand the high school’s involvement in the performing arts. The building is erected on the site of former tennis courts and will help resolve the campus’ current structural division.  Athletic facilities, housing, and woods comprise the south, while academic buildings, including Louis Kahn’s Academy Library, are to the north. Using the concept of a gateway, we bridged the two halves with both architecture and landscape, creating a vessel that can be celebrated as a building, a place, and an activity.

The Center houses a large main stage and orchestra pit, an intimate apron stage, and flexible teaching, rehearsal, and exploration spaces for year-round use. It also includes areas for techncial design, craft, and storage, and a large lobby for hosting events. We pedestrianized Gilman Street, which had previously cut through campus, to form a network of pathways that connect and increase accessibility to the Center and nearby buildings. This promenade brings the area to life, and is enhanced by a drop-off area we added to nearby Court Street. Inside, the Center embraces the notion of a beehive, where generous social spaces reveal glimpses of activity and create an integrated experiences that values goings-on in and outside the theater. Housed beneath a central atrium, the building’s sense of openness welcomes all students, inviting them to participate or observe.