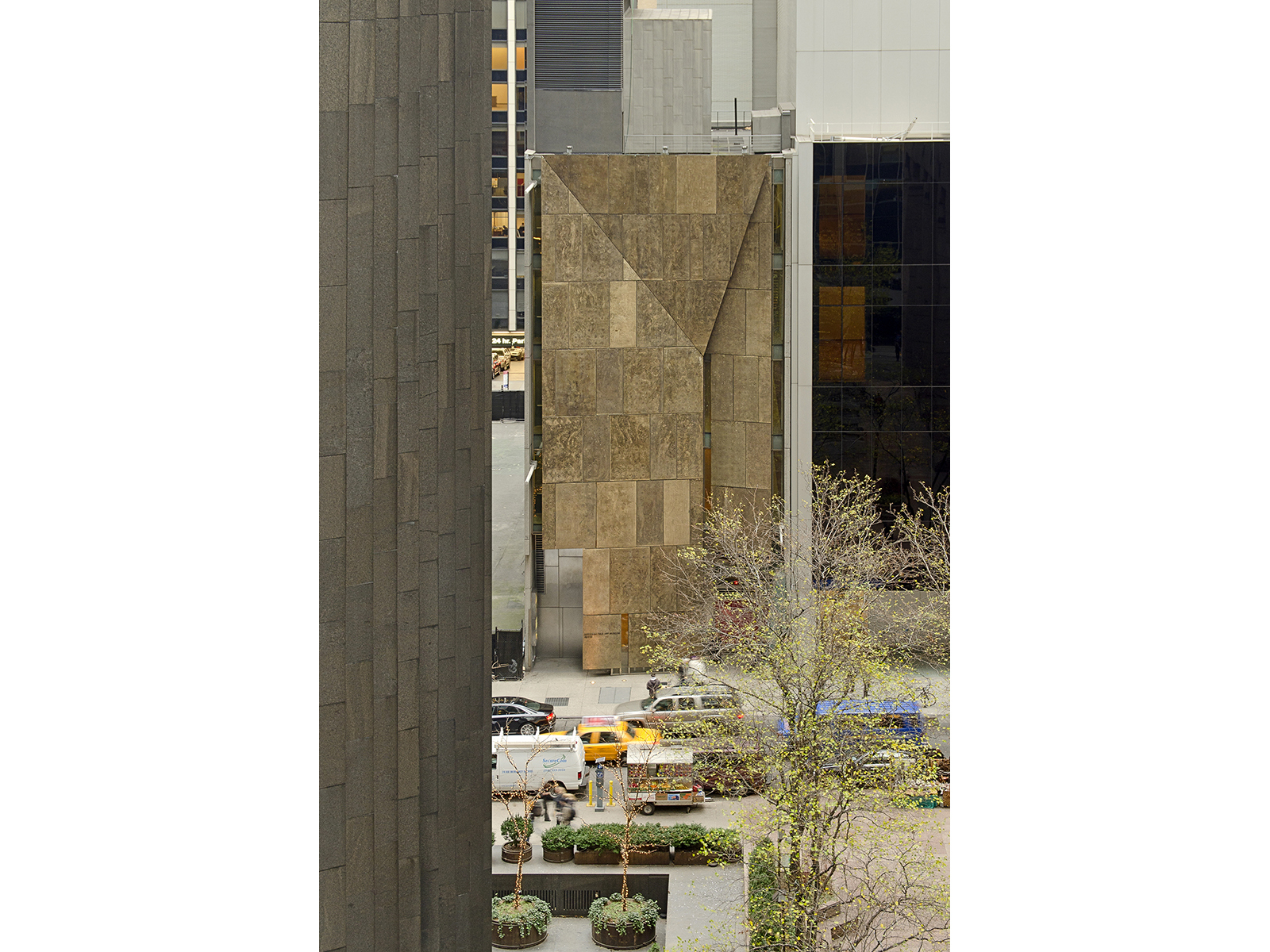 A forty-foot-wide, one hundred-foot-long site on 53rd Street was the institution’s home. Completed in 2001, the eight-level building was the first new museum built in New York City in more than three decades.

Four upper floors were devoted to gallery space for permanent and temporary exhibitions. A small cafe overlooked 53rd Street from the mezzanine. To accommodate the program, the building extended two levels below ground: the first held the auditorium and classrooms; the second housed the Museum’s offices, library, and archive. At street level was the Museum store, accessible during non-museum hours via a separate entrance.

A skylight above a grand stair between the second and third floors filled adjacent galleries with natural light. Openings at each level allowed daylight to filter down to the lowest floor, animating interior spaces with ever-changing light.

Art was built into the structure and its circulation paths. In addition to the gallery spaces, a series of niches presented a more permanent selection of art objects. Visitors chose from different routes to move through the building and walk from floor to floor.

The Museum was surrounded on three sides by the Museum of Modern Art. Its facade made a quiet statement of independence. Metal panels of white bronze, cast at an art foundry, covered the building’s exterior. Variation within the panels’ surface was achieved by casting them from sand molds taken from the texture of concrete.

Sculptural in form, the facade recalled an abstracted open hand. Its panels folded inward to create a faceted plane. The building was bought by the Museum of Modern Art and was demolished by them in 2014.