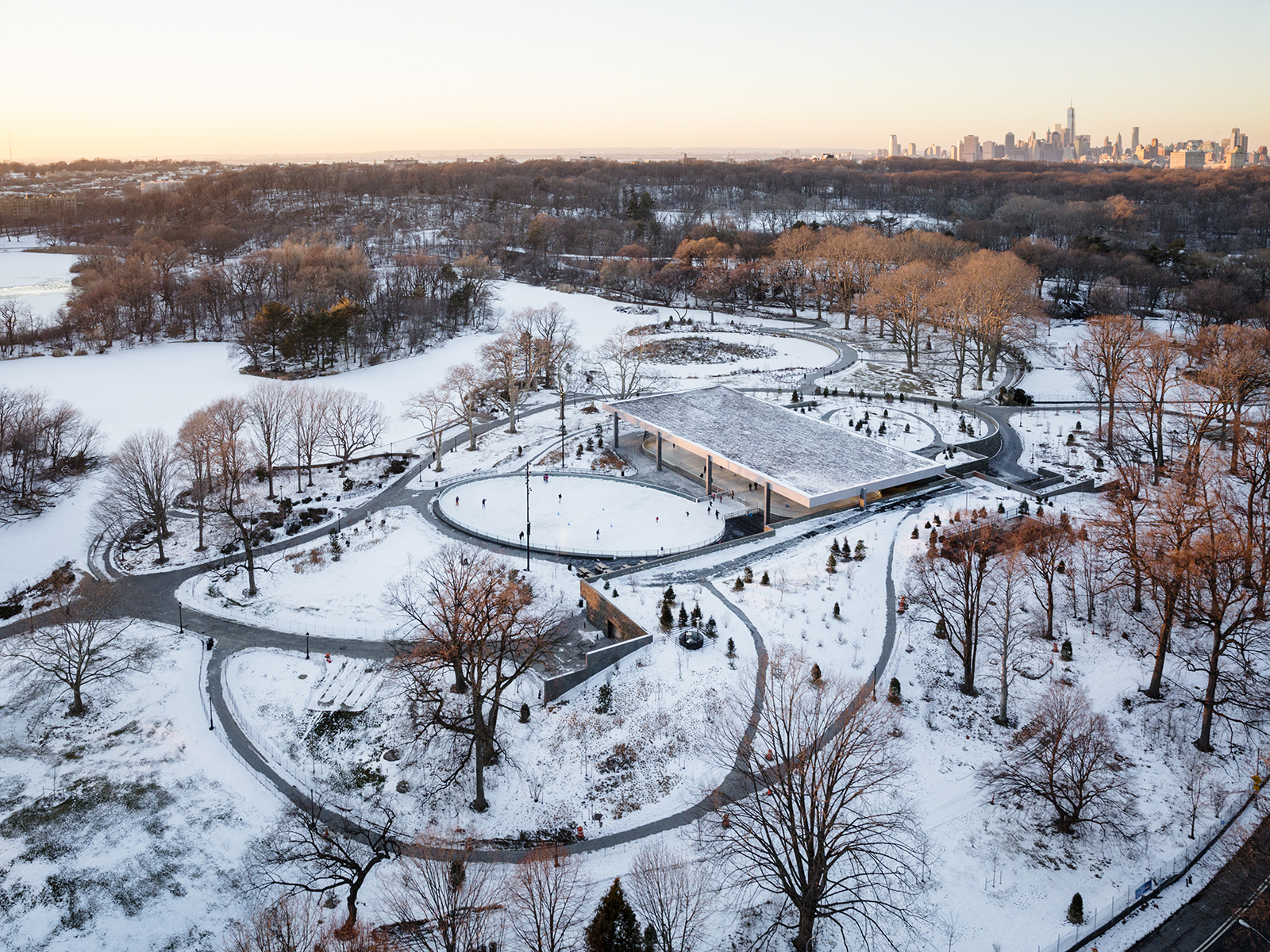 Spearheaded by the Prospect Park Alliance and the New York City Department of Parks & Recreation, the LeFrak Center at Lakeside is a year-round skating and recreational facility. The project offers winter ice skating, summer roller skating and a warm weather water feature. In combination with a restored landscape and vastly improved park access, the LeFrak Center at Lakeside has become a destination for the Brooklyn community, New Yorkers, and visitors from out of town.

This is the most ambitious project undertaken since Prospect Park first opened in the late 19th century. It spans more than twenty-six acres and includes the significant parkland restoration to Olmsted and Vaux’s original vision. In addition to the construction of a new recreational facility in place of a former asphalt parking area, the project improves park access and restores Music Island and the Esplanade.

Constructed of rough-hewn dark Canadian granite, the Center is set into the topography of the park. Earth and extensive planting covers the structure so rather than looking like a building, the Center appears to be only a series of stone retaining walls in the landscape. The L-shaped plan consists of the east block and north block, both one-story structures, which are connected by a bridge at the roof level. Park pathways bring visitors up to the planted roofs to terraces that overlook the rinks and the park beyond.

A regulation size hockey rink sits beneath a 108-foot wide and 230-foot long canopy, supported by ten irregularly placed columns. The underside of the canopy is midnight blue and deeply incised with silver painted lines inspired by figure skating footwork patterns. In the off season, it serves as a roller rink and event space bringing public roller skating back to the Brooklyn community for the first time since 2007. Connected to the regulation size hockey rink is an elliptical shaped rink open to the sky.  This rink can be used for skating when the regulation rink is in use for matches or practice. In the summer, the elliptical rink converts into a water feature with jets of water shooting up from low stone walls, creating a play space for neighborhood and visiting children and families that is free and open to all.

The Center at Lakeside has brought new energy to an underutilized area of the park and an underserved section of Brooklyn.