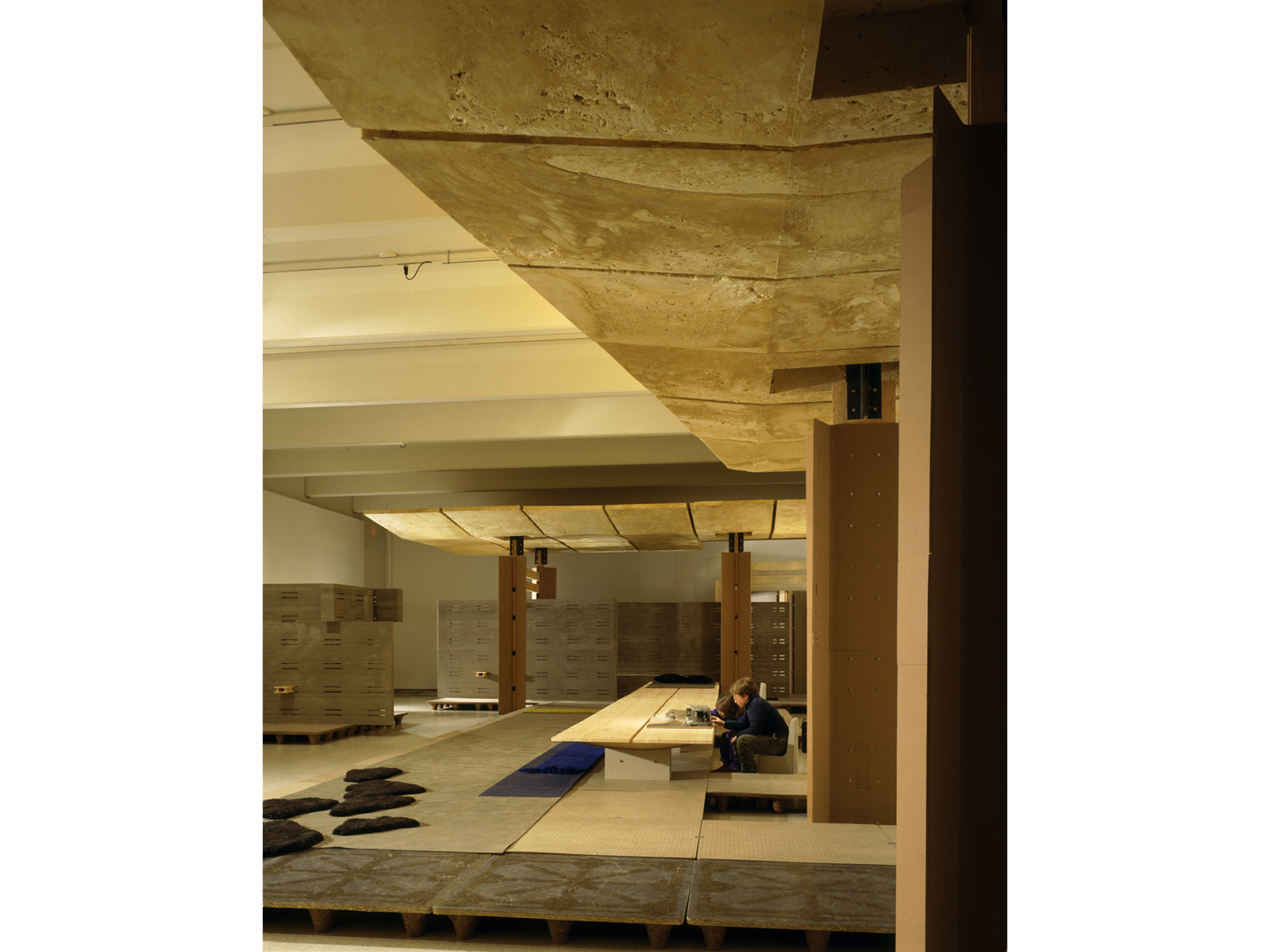 This piece was a part of an exhibition that was first displayed at the Walker Art Center in Minneapolis as part of a series called “Architecture Tomorrow.” It later travelled to various locations including the Whitney Museum of American Art, Cleveland Center for Contemporary Art, Toronto’s Power Plant gallery, and the Wexner Center for the Arts at Ohio State University.

At the time, we were teaching in Los Angeles and interested in the construction of surfboards. Made from polyurethane or expandable foam—which, when poured into a mold, can take any shape—the boards’ material is cheap, rigid, highly insulative, and quick to fabricate.

It took a while to perfect the recipe because it was difficult to gauge how much the foam would expand. After several molds blew apart, the right mix was determined. Thirty-six big, twelve-foot-tall canted panels were made in three days. They looked like outsize blocks of rich, golden stone. Large-diameter cardboard tubes were embedded to stiffen the panels.

The furniture was made from homasote, a composite of pressed newsprint and paraffin that is typically used as tack board or soundproofing material. Layered like a sandwich and sliced, we exposed its edge rather than its surface. The result had a soft, striated finish and a huge capacity for sound absorption. A series of chairs and walls were developed. From a distance the chairs appeared like concrete, but feel velvety to the touch.

The centerpiece of the exhibit was a low, thirty-two-foot-long table. Surrounded by homasote chairs, it was intended to serve as an eating and working surface. At the end of the table, a mat and two pillows suggested a place to sleep. A rug, designed by V’Soske, ran parallel to the table. Most of its surface was made from the rubber and latex matting used for the backs of conventional rugs. Patches of color represent natural elements.

Models showing imaginary structures demonstrated the viability of the components found in the exhibit. A recording of the sound of water from our Pool House project played in our installation. We asked that people be allowed to bring their lunch to the table. We wanted the objects in the museum to be art and of use.