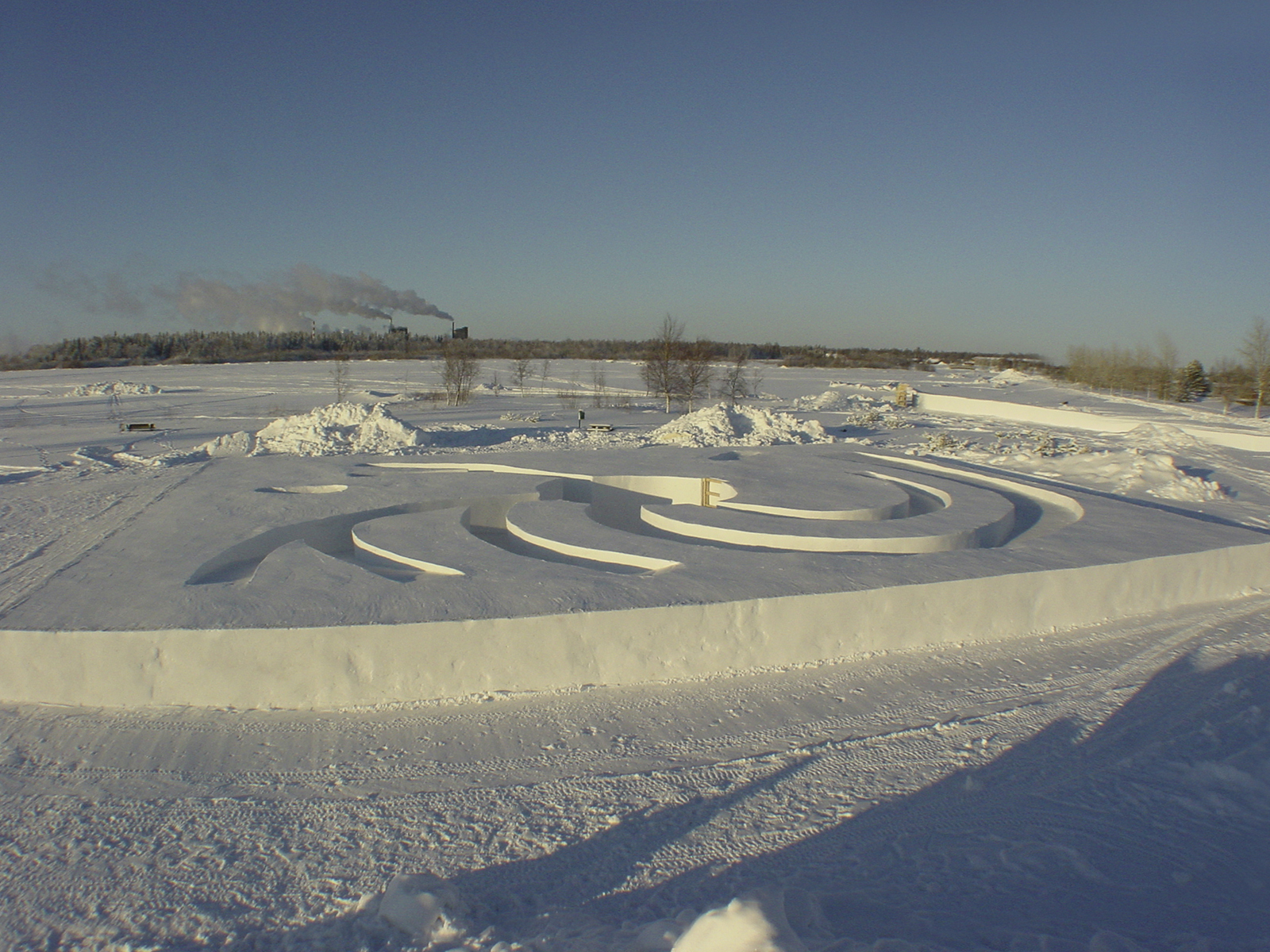 “The Snow Show” was the brainchild of curator Lance Fung and took place from 2000 to 2006 in two different locations. The concept was to explore issues related to art and architecture using the ephemeral materials of snow, ice, and water, and to establish a fresh dialogue between the two disciplines.

Fung chose a number of artists and architects and set up “blind dates” where he paired one with another. We were paired with Belgian artist Carsten Höller for the 2004 event, which took place on two sites in northern Finland. One was in Rovaniemi, the capital of the province and a town of 36,000 people. The second was in Kemi, a much smaller town, further north on the Arctic Circle. Kemi is an industrial city with wood pulp mills working twenty-four hours a day. We chose Kemi.

Carsten had done a number of pieces that consisted of tube-enclosed slides. We both wanted to make a piece for the “Snow Show” that would be used as well as observed.  We also wanted to work within the requirements of the actual material, snow—a new building material for us!

We decided to make a hidden slide located on a sloping site in the exhibition area. A 100-foot by 100-foot by 4-foot-high square plinth was built out of snow. When approached from the ground, our project appeared to be a simple, raised square of snow. A kind of “rabbit hole” was cut into the top of the plinth. One slid down the hole through a curving chute and arrived at the bottom of a deep well. A series of curving paths led from the bottom up to the top. As an alternative, a wooden ladder allowed people to climb back up to the top. Adults, and a particularly large number of children, took turns sliding into the deep chamber and climbing out again.

Lights were placed in the center so that during the long winter nights, a glow seemed to rise mysteriously from the middle of the white plane, mirroring the belching smoke and fire that appeared on the horizon from the paper mills of Kemi.