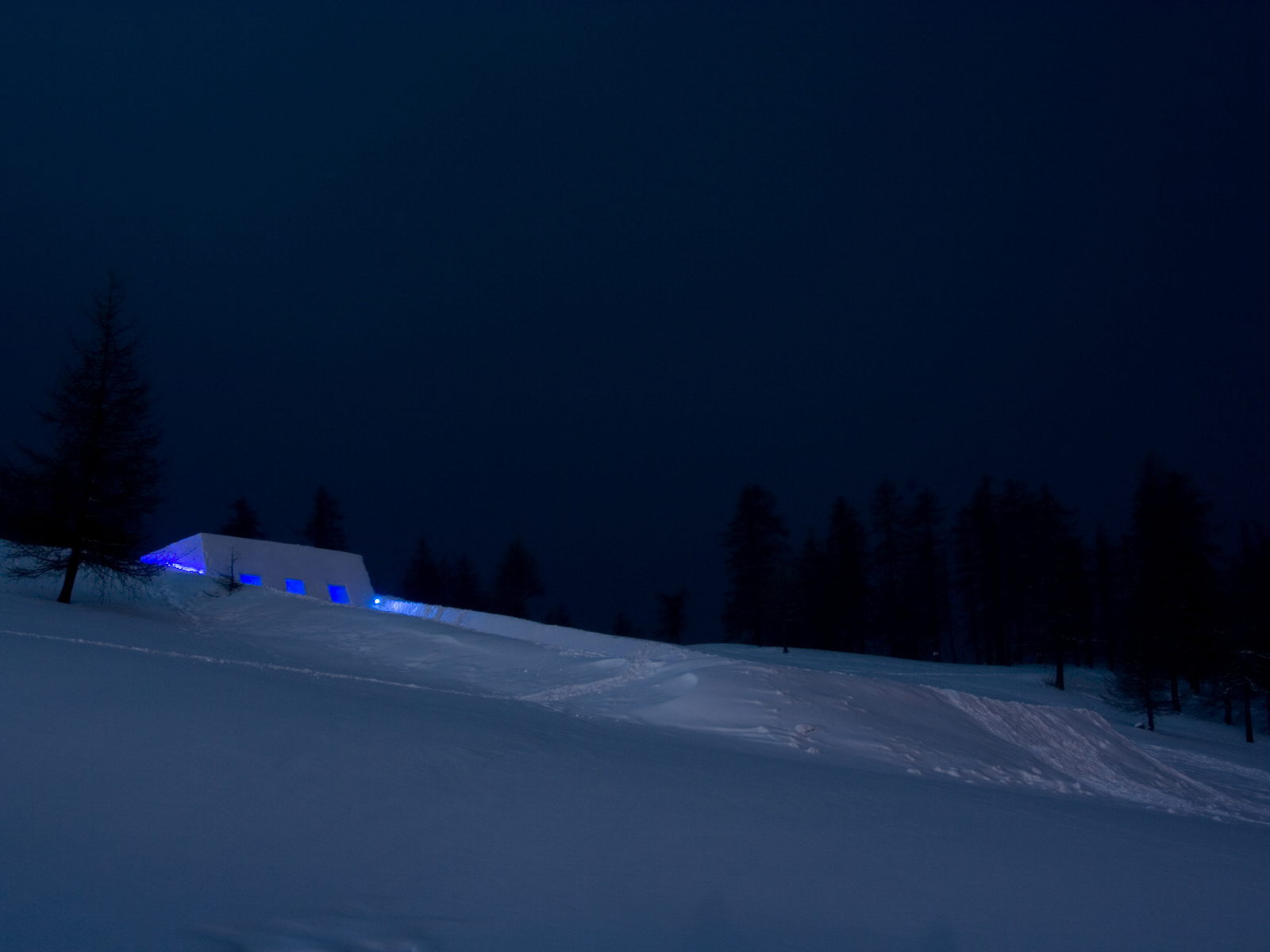 “The Snow Show” was the brainchild of curator Lance Fung and took place from 2000 to 2006 in two different locations. The concept was to explore issues related to art and architecture using the ephemeral materials of snow, ice, and water, and to establish a fresh dialogue between the two disciplines.

We were invited to participate in 2004 in Kemi, Finland with artist Carsten Höller, and again (with Carsten) in 2006 in Sestriere, Italy. The latter exhibition was part of the art and cultural program of the upcoming 2006 Winter Olympics in Turin.

For the presentation in Italy, we wanted to build from our earlier concept and create another slide—a particular interest of Carsten’s.

Our site was a very, very steep hillside on a ski slope. Approached from uphill, it appeared to be a flat plain. We designed a large wedge of snow that sits at the crest of the hill. At the top we dug three holes, which were the entrances to three slides. All three slides empty out into a long, deep rectangle with sloped sides designed to keep sledders from careening down to the village below. This is the communal slide shared by all three. People sat on sleds wearing helmets with small lights. They would shoot down the holes, emerging into the shared social space of the great open plain.