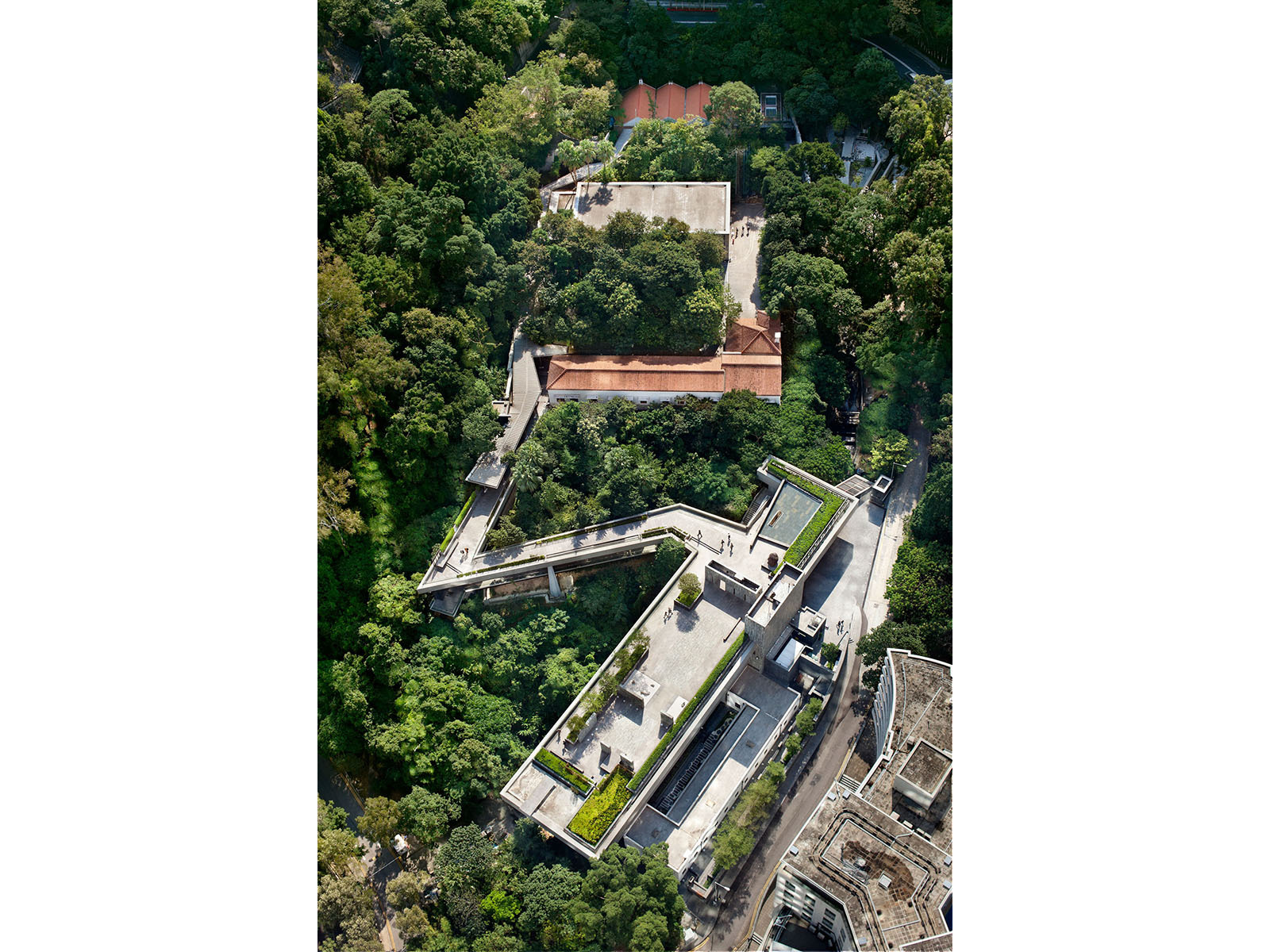 The Asia Society was founded in New York in 1956 by John D. Rockefeller III and is an educational organization dedicated to fostering understanding of the countries and cultures of Asia and to illuminating global issues that affect all regions.

The Asia Society Hong Kong Center was founded in 1990 by a group of local Hong Kong business leaders. The new Center, which opened in 2011, is situated on a steeply sloping site in the heart of Central Hong Kong. This formerly derelict site has been transformed into an active complex for lectures, seminars, conferences, cultural programs, art exhibitions, performances, and films.

The new Center sits in a rain forest surrounded by skyscrapers. The project combines new construction and the transformation of four mid-19th and early 20th century buildings, some of the oldest colonial military structures in Hong Kong. The buildings sit on two sites divided by a nullah – a channel often filled with rushing water. At the upper site, three heritage buildings once used by the British to manufacture and store munitions are separated by two large stone-walled earth berms built to deter explosions. This complex has been restored and renovated for use as offices, theater and gallery. A covered walkway inspired by those seen in traditional Chinese courtyards connects the buildings. On the lower site a structure from the 1930s was restored and a new low building clad in dark green stone from southern China serves entrance and public face of the Asia Society. It is used as an education and conference center and also holds a restaurant, store and visitor amenities.

But it is the roof terrace of the new building that is the most public of all the façades because everyone looks down on it. The terrace floats in the city and extends to become a two-story angled bridge weaving between the trees connecting the two sites. The new Asia Society is a quiet and strong building that is connected to its site. It is a horizontal building in a vertical city.