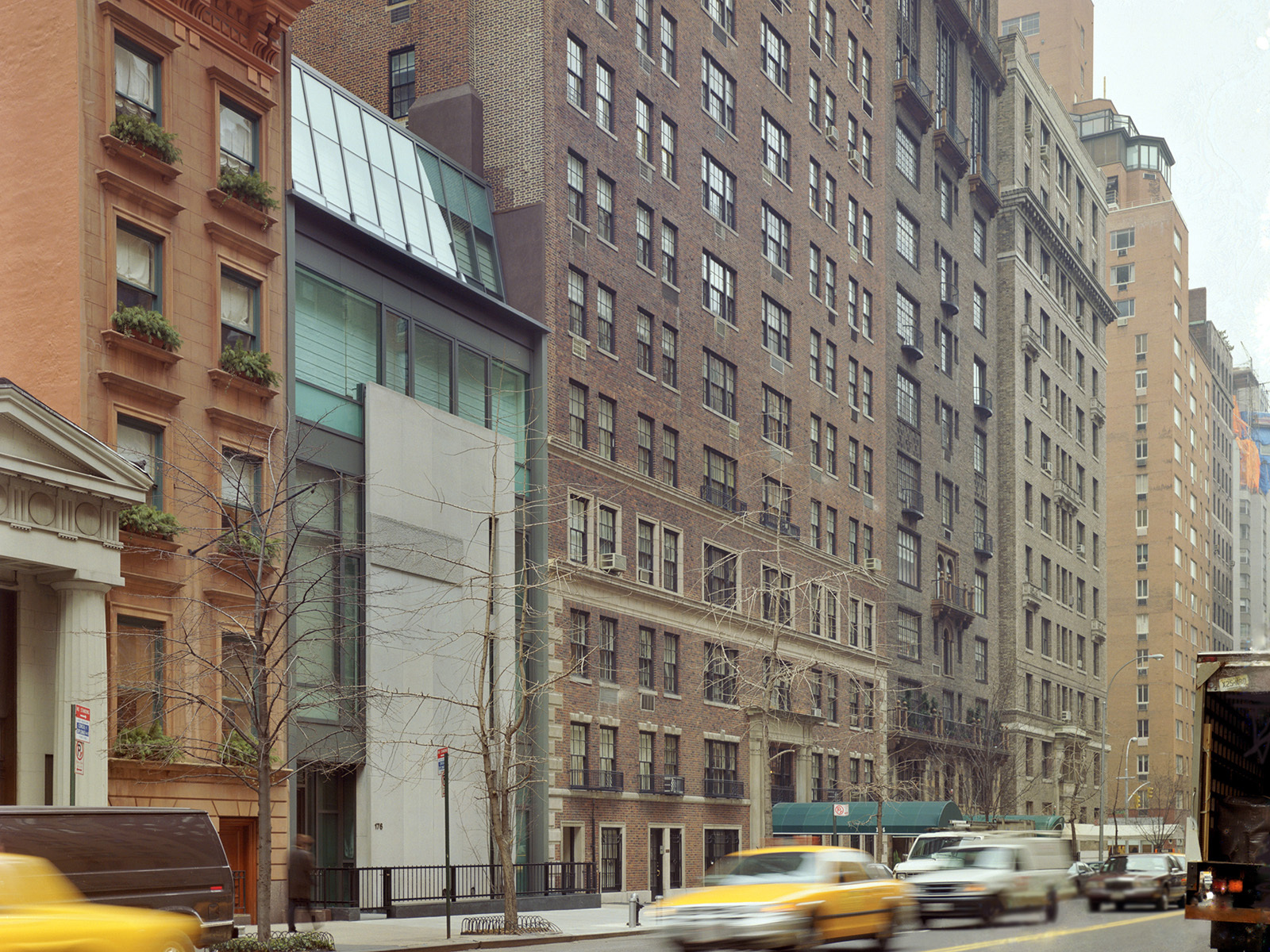 This Upper East Side townhouse was designed for an active family life and art collection.

The structure’s primarily solid limestone facade reflects the program’s private nature, as well as the scale and character of surrounding buildings. Windows are carefully arranged around panels of hammered limestone, allowing light to enter. The stone screen provides privacy and protection from the street. The rear facade, which faces a garden, is an abstracted composition of standard window components. Its transparency contrasts with the solidity of the front facade.

The house is configured around a core of open space and light, which emanates from a large skylight at the center of the ceiling and reaches every level, including the basement. Designed not to overlap with one another, the stairs allow light to penetrate between them and throughout the entire home. A monumental interior wall—a nod to the limestone facade—anchors the stairway.

A pool occupies the lowest level. The kitchen, living, and dining rooms are on the ground floor, while the second level, a double-height floor, holds the library. There is a guest room on the mezzanine level, parents’ and children’s rooms on the third level, and staff rooms at the top.

Custom furniture and carpet, as well as cherry wood cabinetry, can be found throughout the interior. Fabricated from hand-textured limestone, two tables—one square, one round—distinguish the living room’s sitting areas. White walls provide a quiet background for the family’s contemporary art collection. Informality and formality are carefully balanced so that life, both a private and a public one, can live with art.